skip to main | skip to sidebar

A bit dreary and cold today.... so I have been able to catch up on my blogging.
I was excited to see that things seemed to go well Sunday. I miss everyone, but am very grateful for the time away from everything.... very refreshing!
Dreamed Up By: Timothy R. Heistand at 6:55 AM No comments: 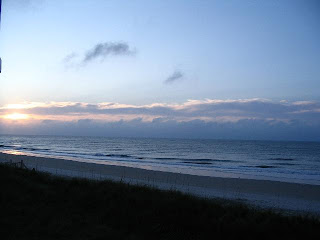 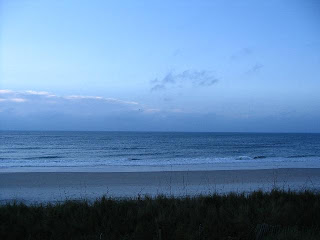 Dreamed Up By: Timothy R. Heistand at 6:54 AM No comments:

Monday afternoon, there was a bit of drama around the ole vacation stead... My father in law desperately wanted to open a bottle of wine, but as catastrophes go, there was no corkscrew available in the condo... What to do, What to do???
We knew there was a possibility of a friend coming to visit, so I frantically sent an email telling them to bring a corkscrew.... but we continued to look. Later we found out that the friend wasn't coming till Tuesday night.... that's when things got interesting... and a bit desperate. We decided to leave the condo in search of the elusive corkscrew.

We began our search outside of the domicile, at the first store we could find, it was the something something something pier, bait shop and restaurant. I know it sounds like the kind of place you would be able to find anything you could ever dream of.... but not.

We (my father in law and I ) were looking through the shelves to no avail when we decided to ask for assistance. When we asked for a corkscrew we received (to my amazement) a response we weren't prepared for. One of the "Locals" (and this I know b/c he was sitting in the store, with his feet propped up on the counter, drinking a beer and watching that most holy of redneck sports... nascar) spouted off to our query.... "Just take a screw and screw it into the cork and yank it out with a hammer".

NOT exactly what we had in mind, ignoring his suggestion we pressed on. The owner (I presume) in his stained overalls and well worn ball-cap informed us they should have a whole bunch... he remembered seeing at least 3. I realized at this point that a corkscrew is probably not purchased often in this particular establishment if 3 is definitive as "a whole bunch" .... but a hammer and screw, maybe. As we continued looking another of these "Locals" pops off the same advice as the first.... screw, and yank it out with a hammer.....

At this point I start thinking.... what type of state would you need to be to require that type of ingenuity to open a wine bottle?? As we kept searching, the wisdom that was being presented before us once again, came to full conversational status when, what appeared to be the owner's wife, stated "All you need to do is take a screw and screw it into the cork and yank it out with a hammer....... I've done that before".
And THERE IT WAS.... wisdom had made itself clear! This was not just a half-brained crazy idea come up with by a race fan in a half-drunken stupor in need of a top-off..... this was experience talking..... I've done that before, she said. True Experience.... who am I to argue with that?

So we politely went to food lion and found a corkscrew for $4.99. But I guarantee I will NEVER forget the words of Wisdom formed from experience

I've done that before!
Dreamed Up By: Timothy R. Heistand at 6:33 AM No comments:

The view on Monday morning! 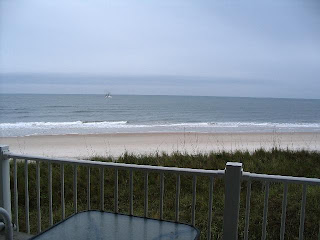 Such a treat, so close to the ocean, and very few people in sight!! How relaxing!
Dreamed Up By: Timothy R. Heistand at 6:30 AM No comments:

WEDDING’s Over, the VACATION Begins

The wedding was a beautiful success!!! 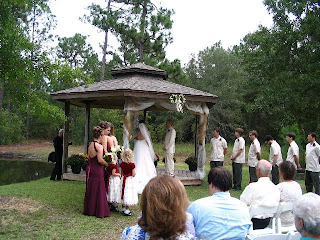 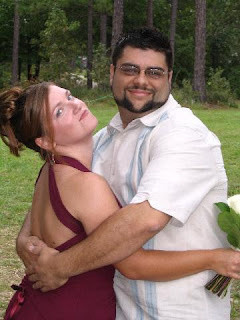 Of course, I feel kind of bad that the hottest girl at the wedding was my wife…. But whatcha gonna do???

And now for the vacation!

Dreamed Up By: Timothy R. Heistand at 6:15 AM No comments:

This weekend has already been such an event filled time. Last night I went through the wedding rehearsal for the wedding I will be performing this afternoon. It's amazing that in the middle of hurricane season, and the temperature being in the 80/90's last week TODAY is so beautiful, and cool…. It is going to be a PERFECT day for a wedding, or in the words of Billy Idol

So for now I say an early congrats to Kevin and Carey!

Dreamed Up By: Timothy R. Heistand at 7:34 AM No comments:

I want to beat my posts from last month, so I figured I would start now (cause the month is burnnin and i am a bit slow)

What this month holds.....
I am really looking forward to this month, the rest of it that is...

What a fun month!

Dreamed Up By: Timothy R. Heistand at 7:49 AM No comments: